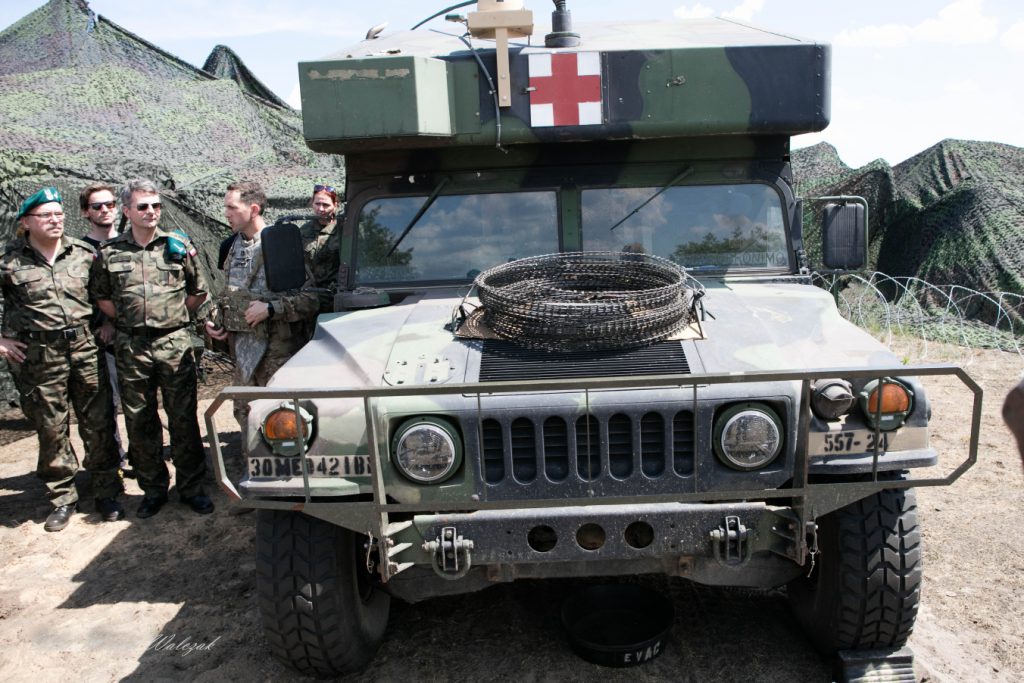 On 3 June 2016, as part of the preparations for the international military exercise called Anakonda, the representatives of the 10th Military Research Hospital and Polyclinic Independent Public Health Care Centre visited the American Field Hospital that is stationed at the military training ground near Toruń.

Anakonda is the sixth edition of military exercises, but the third edition with international dimension and with the participation of the representatives of the armed forces of 24 allied and partner countries. These military exercises are the most important training venture of the Armed Forces of the Republic of Poland in 2016 and will be held between 7 and 17 June 2016. Anakonda aims at integrating the national and coalition headquarters and subunits as part of combined defence operation under the conditions of hybrid hazards. An additional aspect that is subject to verification if the functioning of the system and procedure of task completion as part of the function of hosting country.

Around 31 thousand soldiers will take part in the exercises, including 12 thousand Polish soldiers. They will use 3 thousand vehicles, 105 aircrafts and helicopters, and 12 vessels. One of the first scenarios, which is scheduled on Tuesday, will include a drop of ca. 2 thousand Polish, American, and British paratroopers along with howitzers, vehicles, and equipment, on the training ground near Toruń. They will fly in more than 30 aircrafts directly from Fort Bragg in the USA, Ramstein in Germany, and Cracow. Apart from Toruń, the infiltrators from the East are also said to appear in the vicinity of the town of Ustka and the border with Lithuania. Subunits will perform a range of actions, which especially include: tactical integration of headquarters and armies in the international arrangement, directing the fire of combined arms, medical evacuation, elimination of the effects of the weapons of mass destruction, as well as repositioning and moving the troops at long distances.